Reads 2,465
Isaah Mhlanga, 30 March 2022
Lessons from nine wars since the early 1970s, and the Brexit vote, show that global foreign direct investment inflows generally decline during the year of the war and the year after. South Africa, having embarked on an investment drive since 2018, faces a tough job making the country more investor friendly and marketing it to the rest of the world given the Covid-19 pandemic and most recently the Russia-Ukraine war. Thus, policy makers need to be more aggressive in implementing structural economic reforms alongside public efforts to demonstrate progress, to achieve foreign direct investment targets.

Global economic growth was already expected to moderate to 4.4% and 3.8% in 2022 and 2023 from 4.9% in 2021, according to the International Monetary Fund. This moderation is driven by diminishing base effects of the deep contraction from the 2020 great recession and the withdrawal of both fiscal and monetary stimulus across major advanced and emerging markets.

Now Russia’s invasion of Ukraine, the ensuing war, and the associated sanctions that have been imposed by the West, are likely to intensify that contraction. Although the events may appear localised, the economic consequences will be global and extend into the long-term.

Foreign direct investment (FDI) trends during and immediately after nine major wars since 1970 and the Brexit vote suggest that South Africa’s ambitions to attract US$100 billion in direct investment, most of it foreign, will likely be stalled. This means that policy makers must be even more determined and aggressive in pushing through structural economic reforms, coupled with extensive showcasing of their progress at every investment conference, for South Africa to stand a chance of achieving FDI targets that will lift economic growth, and reduce unemployment, poverty, and inequality.

When the Ramaphosa administration came into office, it was shortly before economic growth stagnated at 0.1% in 2019, to average 1.4% annually in the decade between 2009 and 2019. Growth in the primary sector averaged 0.6% per annum while the secondary sector averaged 0.1%. The services sector remained resilient with an average of 1.8%.

Hausmann et. al. (2022) explain this stagnation to have been driven by three factors: (1) an external story that includes the end of the commodity price boom; (2) a macro story involving unsuccessful fiscal consolidation efforts after the global financial crisis, as well as a tightening monetary policy to anchor inflation expectations around the 4.5% mid-point of the South African Reserve Bank (SARB) target range of 3%-6%; and (3) a microeconomic story involving tightening product and labour market regulations, mismanagement of State Owned Companies (SOCs), the introduction of the new mining charter, debates about expropriation of land without compensation, and other policy initiatives seen as inhibiting for investments.[1]

There has been little chance to change the economic prospects of the country without changing the narrative about private investment as a requirement for growth. This, in turn, required a change in narrative on economic policy. Thus, the macroeconomic story shifted from unsuccessful efforts at fiscal consolidation to a commitment that saw government reneging, for the first time ever, on the final year of the 2018 public-sector wage settlement, taking on labour all the way to the Constitutional Court and winning. The SARB continued its emphasis on anchoring inflation expectations at the 4.5% mid-point, fending off calls for its nationalisation and pressure for it to be involved in what some called developmental lending.

On the microeconomic side, the government adopted the National Treasury growth paper, which proposed reforms in key sectors such as energy, transport, and telecommunications. Among the outcomes of these reforms is the introduction of equity partners at South African Airways, and the intention to do so at Transnet and Eskom and other key sectors where the state has had a monopoly. These changes were not on the table for discussion a decade ago. It is clear the policy trajectory has changed, although the speed of implementation is slower than desired.

Taking South Africa to the world through investment conferences

Having put in motion structural economic reforms, South Africa has, since 2018, embarked on a marketing journey through investment conferences aiming to attract US$100 billion in direct investment from both domestic and foreign private sector investors. At the fourth South Africa Investment Conference (SAIC) held on the 24th March, President Ramaphosa announced that investment pledges since the first in 2018 amounted to R1.14 trillion, 95% of the targeted R1.2 trillion, and that of the R744bn pledged from the first to the third investment conferences, R314bn (41%) has been spent. (Figure 1).

The domestic private sector is responding

While gross fixed investment continued to decline to 13% as a share of the economy (Figure 2), domestic private investment has shown growth as highlighted above. The statement from the South African Reserve Bank Monetary Policy Committee on 24th March also highlights the resilience of private investments.[4] Net foreign direct investment is more evidence that the trajectory has turned positive.

*2021 net FDI is for the first three quarters of the year. Source: SARB

But now we face serious risks from the Covid-19 pandemic and the Ukrainian war.

Covid-19 and the Russia-Ukraine war will disrupt investment ambitions

When the Covid-19 pandemic hit, countries looked inward and put more focus on fighting the pandemic. Investment was not a priority. The Russia-Ukraine war will reinforce that trend as potential source countries for foreign direct investment, largely European and the US, will reprioritise spending to fight Russia while the war continues, and to rebuild Ukraine when the war ends. Nations tend to take care of problems closer to home when crises strike. In this regard, historical data offers lessons for us.

FDI flows: lessons from nine wars and the Brexit vote

South Africa’s position on the Ukraine war: lessons from World Wars One and Two[6]

The South African government and the ruling party has taken a neutral position on Russia’s invasion of Ukraine. This comes with economic risks given that South Africa is highly integrated into the global financial system and is a recipient of FDI investment, which is mainly from the West. The channels of impact could come through foreign companies being sceptical about investing in South Africa due to fear of the potential impact of sanctions on South African companies that might be doing business with Russian companies. Effectively, South Africa might be deemed guilty by association, thus there may be spillover impact.

In the previous section, we show that major wars have a medium- to longer term impact on FDI inflows. However, financial markets respond instantaneously and still have medium- to longer-term behaviour depending on which side of a war a country takes. Countries are divided between those that have imposed sanctions on Russia and those that have refrained from doing so. More so, there is always a winner and a loser in war though no country escapes the damages, even those not directly involved. 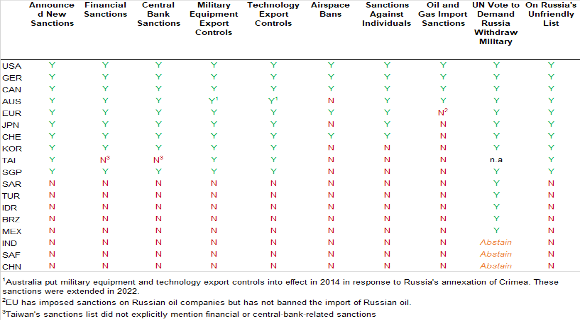 Table 1 above shows that South Africa (SAF) has adopted a neutral position, along with Saudi Arabia (SAR), Turkey (TUR), Indonesia (IDR), Brazil (BRZ), Mexico (MEX), India (IND), and China (CHN). There has been condemnation of the government for taking such a position in the face of a humanitarian crisis in Ukraine.

Putting morality aside, Ray Dalio, the Co-Chief Investment Officer & Chairman of Bridgewater Associates, shows that it pays to be neutral.[9] Countries that remained neutral during WWI and WWII experienced better total returns on equities and bond markets, better currency performance relative to the US dollar, and lower cash excess returns over gold.  (Fig 13 to 16).

This might also help to explain why South African markets have been resilient in an environment where investors are shifting their funds to safe haven markets. Another factor helping South Africa is that other major emerging markets are economically and institutionally weakening due to domestic factors. Brazil has a macroeconomic environment with a drought and an uncertain election this year. Turkey has been in far worse macroeconomic and financial shape with several changes of central bank governors that undermined monetary policy. Mexico had its president recently announcing an interest rate change before the central bank announced it. Russia is under severe sanctions after it invaded Ukraine. China’s crackdown on the property and technology sectors has also resulted in moderating economic growth. This makes South Africa stand out as a positive investment case in relative terms.

South Africa has been on an investment drive since 2018. Against popular rhetoric that these investment drives are hype and not adding any value, data on foreign direct investment flows shows that investors are, in fact, investing and the investment conferences are bearing fruit.

Domestic economic growth is now moderating at a time when the global environment is facing rising interest rates and the withdrawal of fiscal stimulus. The Covid-19 pandemic and now the Russia-Ukraine war are bad news for South Africa, as much as they are for the rest of the world. The lessons from the previous nine wars around the world show it is going to be even harder for South Africa to attract FDI this year until the war in Ukraine ends. The West will likely divert funds and concentrate on funding Ukraine and rebuilding it after the war.

The implication is that funds that have been pledged but not committed to South Africa, including those for financing the just energy transition, will likely be delayed.

The fact that other emerging markets are deteriorating economically and institutionally will amplify how South Africa is viewed. Policy makers therefore need to be more determined to implement economic reforms and to market South Africa - through investment conferences and in other ways - to ensure the country remains top of mind for international investors even as the Ukraine war rages on. Failure to do this may mean that the dividend from implementing economic reforms might not be fully realized.

Bruce, P (2022) Question everything the government tells you even if it is just the time. Accessed on 28 March 2022: https://www.businesslive.co.za/bd/opinion/columnists/2022-03-23-peter-bruce-question-everything-the-government-tells-you-even-if-it-is-just-the-time/

Dalio, R (2022) The Past Is Prologue: The Changing World Order; How the Sides Are Lining Up. Accessed on 28th March 2022: https://www.linkedin.com/pulse/past-prologue-changing-world-order-how-sides-lining-up-ray-dalio/?trackingId=dcGgpO13SYKNw3m3oO%2F7zQ%3D%3D

[5] Countries that wage war usually plan ahead of time, and thus shift their financial commitments, reducing financing available for regions such as Africa.

[6] The countries considered are presented in Table 1.

[7] Each series represents an equally weighted average of the countries classified into each category across both World War I and World War II (indexing all returns to the start of each war and assuming monthly rebalancing). Loser is tagged as any country that either a) explicitly lost the war and/or b) experienced meaningful revolution during/after the war. Countries that were meaningfully occupied during the war are excluded (e.g., FRA, NLD, BEL in WWII). Classifications for World War I: Winners (USA, GBR, FRA), Losers (DEU, RUS, AUT), Neutral/Safe Havens (JPN, SWE, CHE, NOR, CHN, ESP, NLD). World War II: Winners (USA, GBR), Losers (DEU, JPN, ITA), Neutral/Safe Havens (SWE, CHE, ESP). Note: USA is excluded from FX vs USD averages.

[9] Dalio R. (2022) The Past Is Prologue: The Changing World Order; How the Sides Are Lining Up. Accessed on 28th March 2022:https://www.linkedin.com/pulse/past-prologue-changing-world-order-how-sides-lining-up-ray-dalio/?trackingId=dcGgpO13SYKNw3m3oO%2F7zQ%3D%3D